Hard Power, The Only Currency That Works in Afghanistan 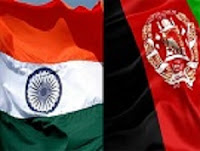 The so-called Afghan endgame is really nothing more than the US endgame in Afghanistan. For the Afghans, there is unlikely to be any endgame. Even the Americans suspect, even fear, that their exit from, nay abandonment of, Afghanistan will most likely embroil the hapless Afghans in a deadly and brutal battle for survival. But the exigencies of domestic politics and economics, and the dwindling diplomatic and military support from its effete NATO allies, have created circumstances in which the Americans don’t want to exercise their will or expend their wealth in taking the War on Terror to its logical conclusion. Worse, they have no coherent policy or strategy against Jihad Inc. – questions are even being raised about their intent to fight Islamist terror given their tacit understanding, if not cooperation, with Al Qaeda affiliates in places like Syria – certainly not in the Afpak region which is really the epicentre of jihadist terrorism.

Under the mistaken notion that appeasing and accommodating the medieval Taliban will halt the spread of Islamic radicalism, the US seems to have bought into Pakistan's con-game in Afghanistan, which holds out the tantalising prospect of a ‘honourable’ withdrawal for the sole superpower. Of course, there is nothing very honourable in a withdrawal which seeks to bring back into power, albeit through a negotiated ‘settlement’ (surrender is a more appropriate term) the forces of evil against whom the war was fought. The US plan to declare ‘victory’ before exiting only invites sniggers, if not outright contempt, among its well-wishers as well as its enemies who have conspired, connived and contributed materially, morally and monetarily, in inflicting a humiliating defeat on it.

Even more outrageous is the thinly disguised plan to outsource Afghanistan to Pakistan, in effect throwing the Afghans before the proverbial wolves. The Afghan anger and suspicion of the apparent US strategy of making Pakistan the pivot of their Afghan policy is, therefore, entirely understandable. Although the Pakistanis insist that they back an ‘Afghan-driven, Afghan-owned and Afghan-led’ peace process, only the Taliban qualify as Afghans for the Pakistanis. It is of course quite another matter that this disastrous policy of restoring peace and stability in the Afpak region will severely destabilise not just for Afghanistan but also for Pakistan and rest of the region.

The simple paradox about Afghanistan is that if the war against Taliban and their Al Qaeda associates and affiliates is not won, the peace will be lost. Capitulation before the forces of Islamic radicalism and terrorism is, however, being given the spin of ‘reconciliation’. For their part, the Taliban have given no indication that they sincerely desire any sort of reconciliation. Nor is there anything to suggest that they are ready for peaceful co-existence with those who do not subscribe to their medieval mindset. At least the Americans should know by now that the Taliban wouldn’t remain the Taliban if they were reconcilable.

The US clearly has a lot, in fact everything, riding on this ‘reconciliation’ plank hoping that it will bring the Taliban on board. What happens after the Taliban come on board hasn’t quite been thought through. Worse, the Americans don’t have any Plan ‘B’. Essentially, the US policy in Afghanistan is based on a hope and a prayer. They believe that the huge economic and political stakes that people have developed in the Afghan system and the new freedoms and empowerment that have been experienced by the ordinary Afghans will ensure that the Taliban won’t get a walkover if they refuse to reconcile. In other words, as far as the US is concerned, if Plan ‘A’ doesn’t work, the best case scenario in Afghanistan is either a civil war to keep the Taliban and their Al Qaeda allies at bay. The worst case scenario is a Taliban takeover, which ironically is precisely what a successful ‘reconciliation’ of the sorts being tried in Doha i.e. Plan ‘A’, will lead to.

While the US will do what it thinks is in its best interest, and perhaps can live with the consequences of its ill-thought out strategy, the Indian government seems to be totally at sea on its options on Afghanistan. What is touted as India’s policy is really a clumsy rehash of the US policy. From a time when India was deeply sceptical about, if not completely opposed to, the reconciliation process, the Indian position has now regressed to a point where it is now open to a dialogue even with the Taliban. Clearly, the Ministry of External Affairs (and perhaps the entire Indian establishment, if at all there is such a thing anymore) hasn’t quite understood the organic links between Pakistan and the Taliban, summed up by the former Pakistani military dictator Gen Pervez Musharraf who called the Taliban Pakistan's ‘strategic reserve that can be unleashed in tens of thousands against India’ whenever Pakistan wanted.

India’s problem with the Taliban is two-fold: one, the Taliban epitomise a barbaric, medieval and radical version of Islam which is antithetical to the very idea of India; two, the Taliban are not independent agents and as long as they are clients and proxies of Pakistan, there is practically no way India can engage with them. This means India can stay relevant in Afghanistan not by being a bystander but by actively bolstering the anti-Taliban forces monetarily, militarily and politically. To do this, India will have to combine its considerable soft power with smart use of its hard power. Without putting boots on ground, hard power can be exercised by building alliances with other regional countries, pooling together diplomatic and political resources with these countries to campaign against the Taliban, and coordinating with them to support the anti-Taliban forces militarily. Even if such cooperation is not forthcoming, India should bring its own national power to play in support the anti-Taliban forces in every possible way. What India shouldn’t do is bank on things like UN-mandated international security force or a regional treaty forswearing interference in Afghanistan that are being peddled either by people who don’t understand the play of forces in Afghanistan or by people who want to obfuscate and obstruct any meaningful measure to stall the onslaught of the Taliban and their sponsors across the Durand Line. This will be a mug’s game. After all, if Pakistan and Taliban could defy arguably the strongest military force on the planet, what are the chances of success of these well-meaning but woolly-headed ideas?

Unfortunately, whether out of naivety, or sheer pusillanimity or even a self-cultivated, if also self-defeating, image of being the perpetual nice guys (an image that India’s adversaries have no use for and which India’s friends find frustrating), India has decided to limit its assistance to building hospitals, roads, power plants, schools etc. but not supplying the much needed military assistance and support that will strengthen the anti-Taliban forces. India needs to realise that all its investment in social goods and infrastructure in Afghanistan will turn to dust if the Taliban gain control of Afghanistan.

Unless India is ready to use its hard power, it should be ready to once again lock up the Indian embassy in Kabul and withdraw from Afghanistan, at least until the Afghan War 2.0 that will become inevitable after Islamist groups use Afghan soil to start spreading terror around the world.
at 4:25 PM